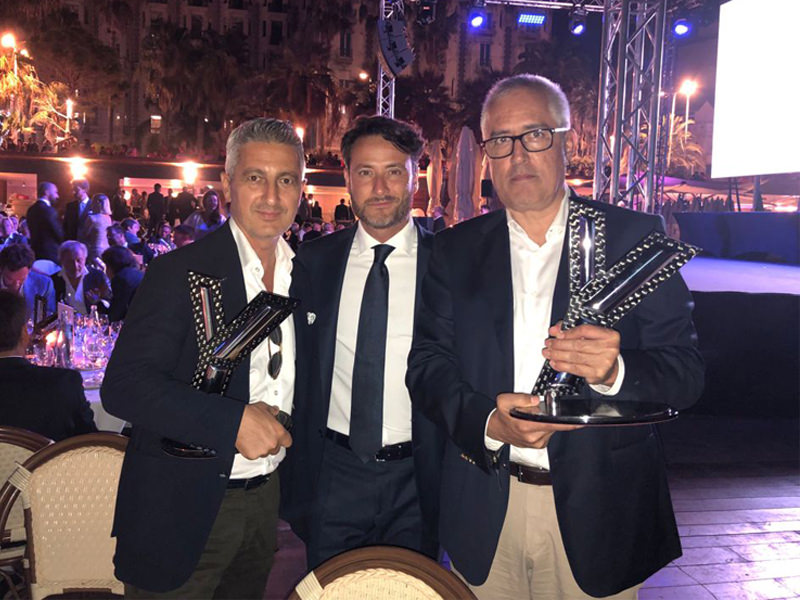 Azimut|Benetti Group wins six awards at the World Yacht Trophies, the event organised by French publisher SG Publications, which every year during the Cannes Yachting Festival rewards the best boats between 13 and 140 meters launched in the last 12 months.

During the gala dinner, awards were presented to some of the signature models built by the Group, which continues to stand out in the industry for the innovative design, indisputable glamour and advanced technology of its yachts.

The gala evening on September 11 was a milestone for Azimut|Benetti Group, which won some of the top awards at the World Yachts Trophies organized by SG Publications, the publisher of magazines Yachts France, Yachts Italia and Yachts Europe.

During the event, which was held as it is every year in Cannes with about 700 guests, 30 awards were made to winners chosen from 69 finalists. The panel of journalists, historians and yachting experts chose six models built by Azimut|Benetti Group, which continues year after years to see a rise in the number of awards received by its fleet.